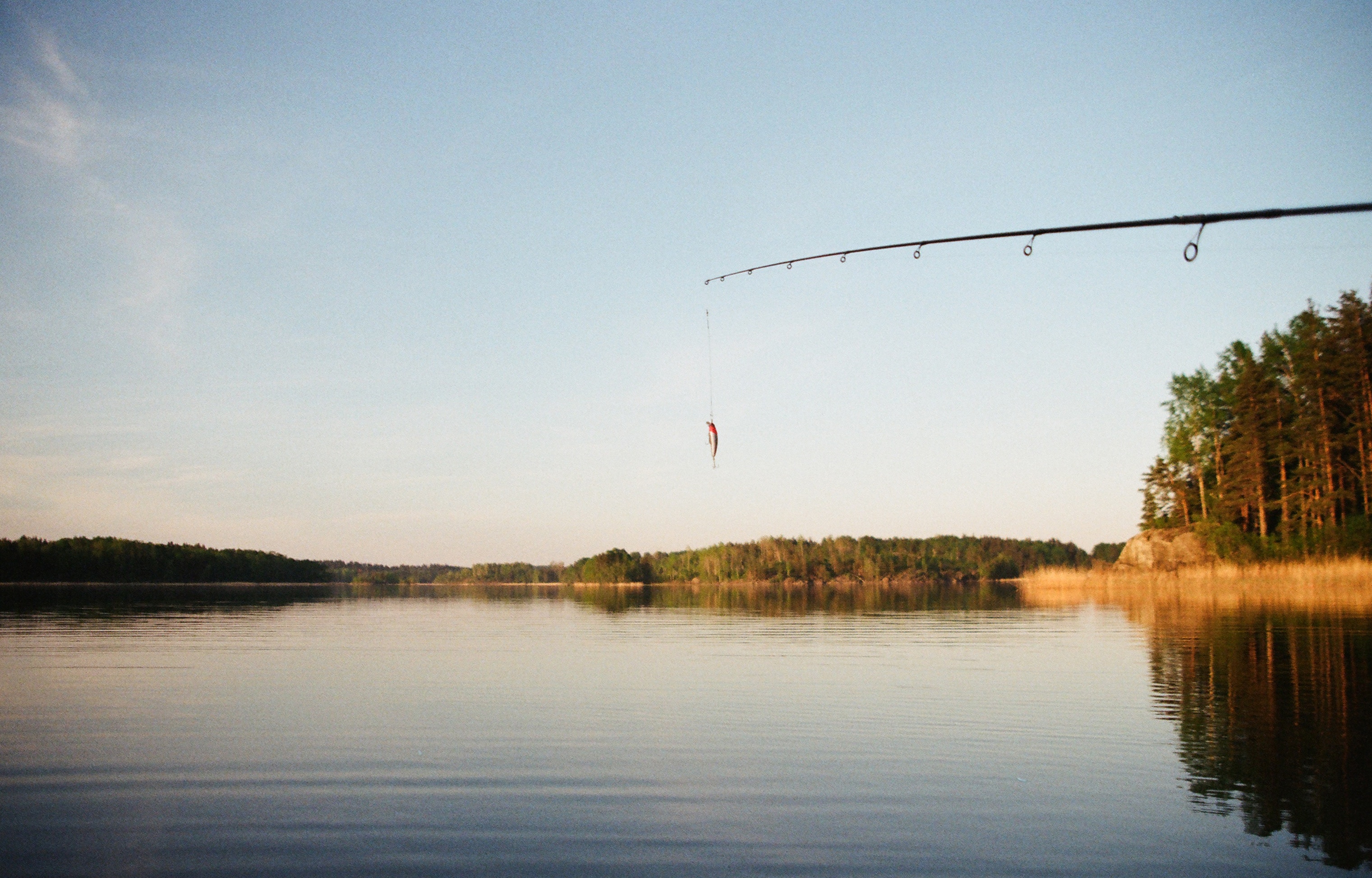 Last week, the Aquamarine Team won the Hotel Du Vin social media competition with a splash of fishy banter- and we’ve decided the theme hasn’t been completely battered and fried just yet 🐟

It’s one of the BBC’s more upbeat offerings this summer and thankfully, the duo on hand is none other than British comedy veterans Bob Mortimer and Paul Whitehouse. Because only those of such calibre could turn the waiting game of fishing into a prime time catch, netting in 1.2million viewers.

Anyone who’s cast a rod into the watery depths will tell you about the long hours spent on damp banks waiting patiently for the float to bob. And anyone who has launched a paid Facebook campaign without a sales funnel in place will be right behind them. Sure, every so often, they might land a catch. But it’ll have cost them a lot, probably without much meat, and most certainly not worth the ride to the local reservoir.

Take these 6 steps before casting the rod to prevent wasting money on your next paid Facebook campaign:

Remember that smart, suited chap who stepped in front of you last week, blocking your way as you rushed to grab a Dine In For £10 before M&S closed?

No. Nobody has a minute in the post-work dinner rush. Not for people they don’t know and who have an “objection handling” sales-script written all over their face.

Facebook is full of street-selling cold callers and it seems that they’re in the business of throwing away their money. Don’t be one of them.

Once you’ve put this urge to rest, give yourself a quick pat on the back. You’re already one step ahead of 90% of your competitors.

Now it’s time to play “Hot and Cold.” Yes, that game where “Hot” means you’re close to finding the hidden prize, “Cold” means you’ve wandered outside and are rummaging through your neighbour’s Hydrangeas.

If a person has never heard of your company before, they are cold. They are “top of the funnel” and up there it’s Ice, Ice, Baby. To these people, you’re just the smart, suited chap standing in the way of their M&S Jalfrezi and weekend bottle of Shiraz. People need at least 7 “touch points” before they are willing to hand over their most precious assets and become a lead or customer. This can be anything from seeing a Facebook post to receiving an email, and it’s central to building affinity, trust and awareness with your potential buyers.

You need to establish a series of “touch points” in a journey that will lead people back from next door’s flower bed to the prize. And your Facebook campaign needs to be embedded in it, not running alongside it. So drop the smart suit and instead become their newfound friend who knows exactly where the best deals are hidden at the back of the shelves.

You know that saying, “One man’s Jalfrezi is another man’s Vindaloo?” No, well, neither do we but in this instance, it works! Never try to sell the same thing to different groups of people in the same way. Watering down your message (and ultimately your product) is one sure fire way to say nothing of any use to anyone at all.

One fashion trend-loving person might be hooked by the fact that your product was mentioned in Cosmopolitan last year. For another eco-warrior type, it might be that your packaging is 100% biodegradable. The amazing thing about Facebook advertising is that you can specifically target these two different people and show them an ad which reflects their exact values, wants and needs.

Because the Street Seller has now been sent off on indefinite leave, you should no longer feel the urge to release your hard sell into the newsfeed of people who’ve never heard of you before.

Instead, you’ll begin to see Facebook as a space where you can build up loyal armies of warm audiences, all with an interest in Yours Truly, brought there by trust in the value you provide. This can be done through value-driven blog posts, free video tutorials, webinars, cheat sheets and giveaway competitions.

Businesses can often see this as mere “brand awareness fluff,” supposedly a separate thing entirely to the more tangible Return on Ad Spend. But really, those businesses are missing a trick because the results of that “fluffy stuff” are destined for bigger things. They go on to meet the omnipotent Facebook Pixel in retargeting campaigns, which is often where the real magic happens.

Once a person has given you their email address, or even spent a good portion of their day exploring your website, they’ve worked their way into your sales funnel. And in doing so, they’ve left the cold behind. You’ve warmed them up nicely to your ways, and they’ve liked it. They’re now more likely to be open to whatever you offer them.

Those people who downloaded your industry report? Retarget them with a follow-up piece of paid content.

How about the ones who Added to Cart but didn’t purchase? Target them with a “10% off when you complete your order” ad.

And those who keep looking at the same product on your website with hungry eyes? Remind them of what they’re pining after with a Dynamic Product Ad to help close the deal.

And close the deal you shall… so long as your landing page permits it. You can have the best funnel and customer journey process in the world, but if your landing page isn’t convincing enough to bring you that conversion, your Facebook campaign will land like a wet fish.

And nobody wants that. Not even two beloved British comedy veterans, who often have a penchant for slapstick.
Article by Emma Seery Subject Social Media