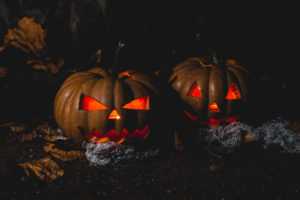 Halloween is the third biggest retail event in the UK, so it’s no surprise that companies are coming out of the coffin with bone-chilling marketing campaigns.

This Halloween we have rounded up the most creative campaigns for you to feast your eyes on and get some inspiration for next year!

This year Coca Cola has gone all out with their 13th floor campaign for Halloween by Mediacom. The immersive VR style video is set in an elevator and each floor has even more creepiness in store.

The 13th floor can be watched in 360 view on YouTube, and with a VR headset at Thorpe Park and Westfield Stratford in London.

This is the biggest ever Halloween campaign that Coca Cola has done for Fanta in the UK, which is surprising considering their young target audience, but it has paid off! 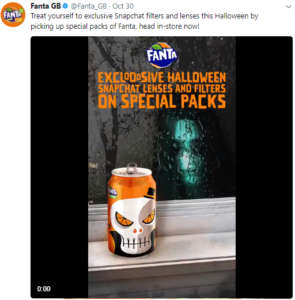 Burger King: “Dress as a Clown, Eat as a King”

The fast food chain is well known for its mischievous approach on social media, and this Halloween has been no exception!

The frighteningly good campaign plays on their rivalry with McDonald’s by making fun of Ronald McDonald, but playing on the fact that people dress up for Halloween.

They're even offering free whoppers for people who come in dressed as clowns! 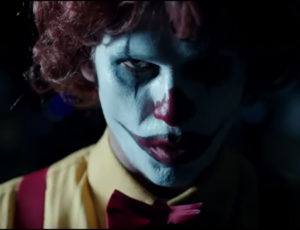 This drink brand has ghoulishly used re-targeting to put the fear into people!

Once users have watched their curse video, they will be stalked with banner ads until they visit the website and share the curse with friends.

We can’t work out if this is terrific or terrifying?! 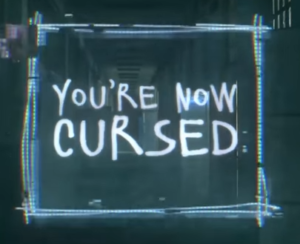 Asda: 'Home for All Things Haunted'

Asda has led the way of the spookermarkets with their creepily creative Halloween campaign.

An entertaining advert of a family at a Halloween party dancing to ‘Word Up’ was launched to promote their costumes, food and decorations, and a  page full of festive recipe and party ideas was also added to their website with a full directory of their Halloween themed products.

Placing themselves as a family focused brand, their Twitter page has showcased their customers enjoying their Halloween goodies, with tasty treats and cute monsters galore! 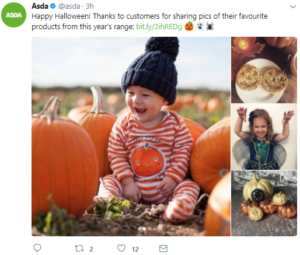 We are social media experts, who don't play games with your business. Find out more about what we do, check out our social success stories, or go ahead and contact us!